If you have been relying on cart saves then saving over the top of your old crt image will lose your progress. I suggest noting down a passcode for every knight you wish to save progress for on the V1.01 or V1.0 crt, and inputting it in the new V1.02 crt.

The kingdom has been overrun by slimes! Choose your knightly hero and clean up!

Knights and Slimes is a brand new, arcade-style platform game for the Commodore 64 (the greatest 8 bit computer of all time).

Please note: Knights and Slimes is only available as a .crt file.

In order to download this game you must purchase it at or above the minimum price of $2.99 USD. You will get access to the following files:

This is such a great and addictive game. Graphics are really great. And that awsome intro! Music and sound is also very good.

The gameplay is also very good. Hard enough to give a challenge, and easy enough to keep it fun.

What I haven't quite figured out is what exactly makes me loose health.

Anyway, this game will be played for hours. Great job on the game. Easy 5 stars!

I play this game on my real Commodore 64 using Ocean crt file on my KungFuFlash cartridge. Works like a charm.

Superb graphix and gameplay! Maybe the music is a bit too heavy and hectic. Change of tunes between the levels will be nice... But well done!

Thanks! Yes I’ll be sure to include more music for my next game. :)

Great game with smooth graphics and nice gameplay - Well done ! This will be fun

yes. but not for the money. see you in a few on csdb

Any news about a possible disk version? :)

I haven't created one but there is one on csdb.dk.

That's only for the intro. I'll wait until I get a flashcart :)

Hi, I reached the last level in the fourth world, I lost all the energy and got a new code, to try again from there. I tried this code but it doesn't work (I get invalid code)...any clues?

Can you email me the code and I’ll check it out? monte [at] monteboyd.com.

Or if you’re on Twitter, you can message me there: https://mobile.twitter.com/monteboyd

From time to time I'm losing my game progress when having 4 knights with maximum experience. Is this a bug or intended behavior?

That is not intended behaviour. What are you playing on? I have encountered a bug in Vice on Mac where EasyFlash saves are lost occasionally. But it appears to be a bug with Vice itself.

I'm playing on Vice on Windows 11.

Thanks. Could be that the bug is in Windows Vice as well. One thing to check, in Settings > Cartridges > EasyFlash, make sure you have “Optimize image when saving” turned off.

It could also be a bug with the game, but the only thing that would leave you with no progress would be if it happened after 256 saves when it erases the sector. Did you see if the border flashed before during a save before you lost progress? The flash happens when the sector is being erased.

Yes, I'm using version 1.02. I had "Optimize image when saving" turned on. Now I turned it off. Thanks.

Here is my little tribute to this game...

This game is absolutely addictive. :)

Such a great game, congratulations! Two things I would really like:
1. The ability to exit on one side and come back on the other.
2. Two-player coop mode.
Thanx again for this little pearl!

Great fun arcade action, this is highly reccomended. Only minor gripe i have with it, is that it could use more music tracks. Change of level -> New track.

Even the menu and intro tracks would do fine in game to stop the repetitiveness of the single track getting a bit annoyng after a while.

Great release for the beloved C64

Thank you! I’ll admit that music is not my strength. Maybe I’ll get some time to do some more for an update, but I’m not sure.

Monte hi! Don’t Get me wrong. I like the track, it’s very energetic. I also like intro and menu tracks. The issue IMO is that when you do a great run and play several minutes, with a single track it gets repetitive of course. Can’t you enable the intro and menu to play for example in level 2 and 3 ? I find those tracks great too.

Thank you for the clarification. :) It certainly would be pretty easy to have the intro and menu soundtrack appear on the other stages, but they would be very repetitive by themselves. I’d like to try and create some more music, maybe based of the intro+menu loops. I’ll see what I can do.

Absolutely agree to my pre-posters. Great game and perfect controls. I love this game. Gonna stream it soon :)
Carry on!

Awesome! After monster catcher and the hours I played that game, this one is a no brainer. Keep making these awesome arcade games, I will keep buying :)

Thank you! I’m really pleased you like both games. I’m not stopping any time soon! :)

This game is fantastic! Honestly I think you are under charging for it. This is easily a $15 or more value.

Thank you, very kind! I’ve had quite a few tips going along with purchases so that’s been really nice. But I’m not in it for the money. ;)

Looks cool. Wish there was a disk version though, as I don't have any way to use CRT files on my hardware, at the moment.

I guess a disk version, would have long load times? But with a fastloader, it could still be worth it?

Thank you. There have been a few requests for a disk version so I may look into it but no promises. ;)

Looks really great. 2-player simultan-mode would also have been cool. A bit sad, that no diskversion seems to be possible technically. I own two SD2IEC's, some normal floppies and a 1541-U1 (one from the very first batches, on which V1.72b firmware is the latest usable) and sadly, i can't use this crt on any of these hardware (dont work on my 1541-U1). But good game anyway, thumbs up.

Thanks for playing! It would be possible to do a disk version, but would potentially have long loading times and wouldn’t be a great experience. It was planned as crt from the beginning so would be a bit of work to change to dusk loading.

I understand. Maybe one of the cracking-crews will release a diskversion of the game in the future? We will see, would be not the first time that a game that was only released on cartridge, later gets a diskversion. Because of the loading-times - there exist some really fast loaders in the meantime, especially the ones programmed by the user "Krill" like for example Transwarp and so on, that could maybe be a solution for this. But i am not a programmer, so i can only speculate. Anyway, good new game that you have delivered here.

Hello. Thanks for the offer, but I fear, that sadly i can't use this unofficial firmware, because, like i wrote, my 1541U1 is one from the very first batches that was released back then, without REU and also board is little bit smaller than the later versions. It was always said, that the latest version you can use with such an old 1541U-MK1 (not MK1+) is V1.72b and with this, the crt dont work. Or is this firmware also for very old MK1 devices? But okay, i am sure, sooner or later a diskversion of the game will come anyway, either from Monte Boyd itself, or from other people.

Cool game, its a lot of fun to play it!

Fabulous game! Didn't read about it before and suddenly we have such an addictive and greatly executed game! Congratulations!

Brilliant game! I bought it immediately and made a longplay video (with savestate assistance) today.

Does this work on the The64?

Thanks for all your help!

Anytime my friend, we are your QA whenever you need it!

Yep, it works on NTSC.

A physical version is possible but no confirmed plans at the moment.

Any chance of a disk version in the future?

No sorry. Makes too much use of fast ROM switching that you get with cart.

worth making v clear in description for those of us with only pi1541s/Disk emulators :)

Sorry about that. It does mention it is a cart image in the description but I’ll make it clearer.

Pure and unadulterated arcade fun, would feel right at home in a cab. Good job!

Well done on your game Monte.  Just bought it to play later.  All the best.

Is this single file .prg? 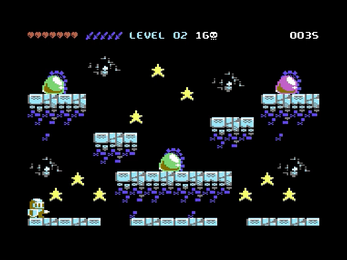 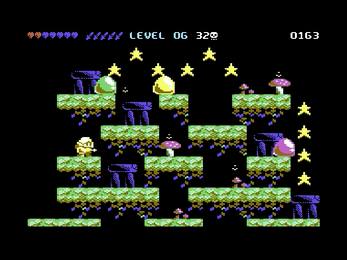 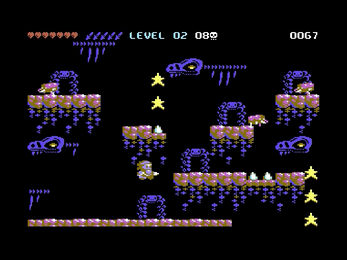 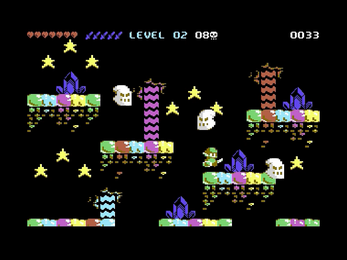 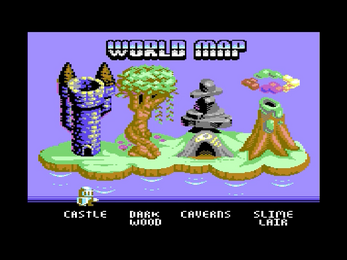 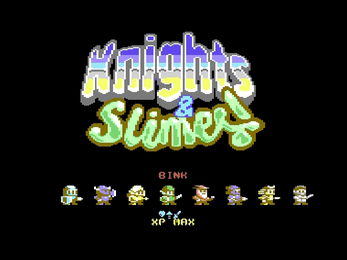